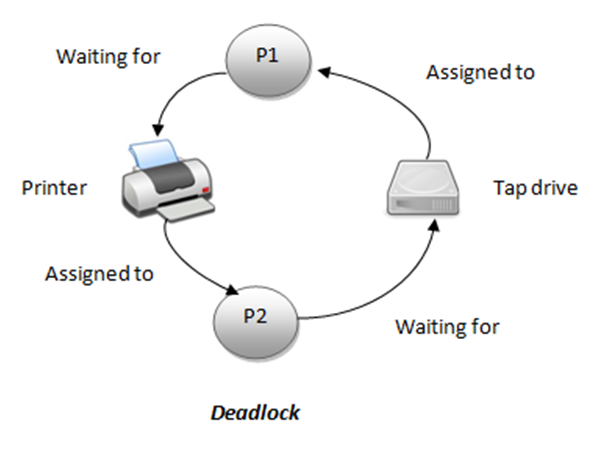 A system is said to be in a deadlock state if some processes are waiting for each other to release resources to complete their task.