(1) A process may have a CPU burst of less than 1 time quantum.

(2) If the CPU burst of the currently running process is longer than 1 time quantum, the timer will expire and process will be put at the end of the ready queue for its next turn.

Consider the following set of process and their burst time. Find out average waiting time and average turnaround time using RR scheduling algorithm.  Time Quantum is of 4 milliseconds. All processes are given in their arrival order. 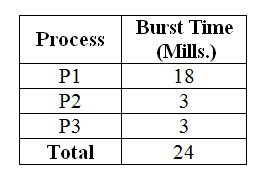 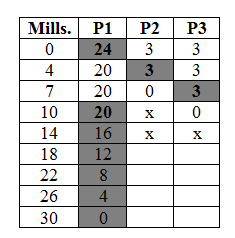