It deals with the memory management. It allocates space for process in main memory. In layer 1, processes did not have to worry about whether they were in main memory or on disk. The layer 1 software took care of making sure processes were brought into main memory whenever they needed.

It handles communication between each process and the operator console.

It took care of managing input/output  devices and buffering the information to end from them. About layer 3, each process deals with abstract input/output devices and provides high named interface took the user programs.

Layer 4 was ,where the actual user programs found. They did not worry about process, memory, control on input/output management.

The system operator processes was located in layer 5. 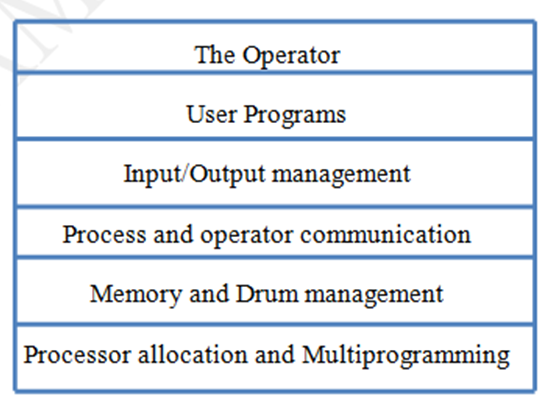